HOW TO GET FROM IDEA TO FINISHED BOOK

How does a writer get from an idea to a finished book?

There are hundreds of ways. This is mine. This process can occur at any speed although now I am a full time writer, it happens faster. I start with an idea plus a question and I build a complex story in about three months. The thing is—the complex story I create is the BACK story, not the book. Generating the first draft takes another thirty days, IF I stick to my schedule. 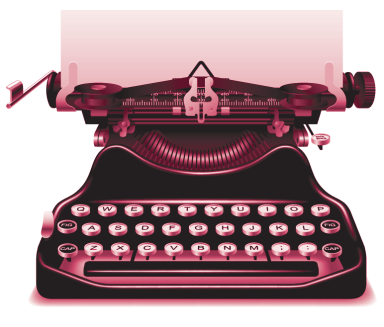 Writers discuss at great lengths the benefits of plotting or not plotting. I love organization. I like to know details. And yet I love the discovery that comes serendipitously with writing freely. It’s taken me two decades to find my process. I write mysteries and my process caters to both styles.

My journey involved trying different approaches. I wrote my first book with an idea, a cast of characters and a location. Turned loose on the page, I produced a story that worked even if the craft was shaky. I spent the next decade studying craft.

I wrote the next two books using what I call the “and then” list and various other plotting devices as outlined in numerous how-to books. I generated my story flow with a simple, but not necessarily easy, concept. And then....

Once I had my event flow, I expanded each into a scene, added GMC (goal, motivation and conflict) and built the book one scene after the other changing as needed. That’s the key point. CHANGE AS NEEDED. I believe that an outline, a synopsis, a plot plan—whatever you call it—is flexible.

Somewhere in the process, I read Robert Ray’s book, The Weekend Novelist Writes a Mystery. From that I garnered generic scene titles. Murder Occurs, Sleuth on Stage, Murderer on Stage, and so on. This focused my understanding of scenes that drive a mystery and my process came together.

Now I create a complex back story but free-write the actual book.

It all starts with an idea/event and a question.

The basic idea of my current work in progress:

I start a notebook and a computer file. I list ideas. I ask the questions we were taught in high school English. Who, what, when, where, why and sometimes how. I write freely and without censure.

Underlying all creating is the major question: WHO CARES AND WHY?

For the current WIP I generated information in the following areas, collecting snippets and grouping them as they appeared.


o    The murder and its solution (external)

o   Character 2’s struggle to fit in (subplot 2)
o   Character 3’s dilemma – does she come clean with information? Is she the killer?

o   Who: A list of everyone who will be in the book (I have a series so some are a given.)
o   Why certain characters might be the killer.
o   What vested interest does each character have in what’s happening
o   What is their history, their hidden agenda...And more....

This process occurs in lurches and unrelated tidbits. It finally reaches critical mass, and I’m ready to write. I pick a starting point, usually a scene or two before the murder. I turn my characters loose to tell me the story. I write asking what happens, who was there, what did they see, think, feel, tell and the story evolves.

In the beginning, I have no fixed plot. I know I need to identify and catch the killer. I know clues and reasons. I do NOT know who did it. Means, method, opportunity and motive appear as I write and each scene grows out of a previous scene.

So do I plot? Not traditionally.  Do I write by the seat of my pants? Not exactly. I use a combination approach that works for me.

Writers can only write the way that works for them. What writing process works for you?

Posted by MahrieGReid.com
Email ThisBlogThis!Share to TwitterShare to FacebookShare to Pinterest
Labels: conflict, goal, how to write a book, motivation, plotting, Robert Ray, The Weekend Novelist Writes a Mystery, turn an idea into a story, write by the seat of your pants, write mysteries, writing a mystery