Dreams can come true if we remember and act. 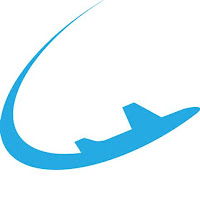 Do you remember your dream?

Recently a friend told me she planned to take flying lessons. Her younger self dreamed about flying.
Flying, soaring in the wild, blue yonder, is synonymous with freedom. Not so much freedom of the body, but freedom of the soul, the secret, inner us.

Ask, "What did I want to do when I was still young?"
Before the so-called reality of the world made itself known. 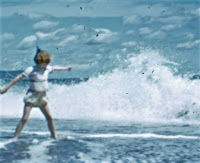 Symbols, alphabets, and words fascinated me. So many ways to communicate, to tell my stories.

A tiny voice in my heart said, "It's not too late."

What was your dream?

Seize your dream with your heart and soul and find a way to make it come true.
We owe it to our childhood selves to at least try.

Posted by MahrieGReid.com No comments:
Email ThisBlogThis!Share to TwitterShare to FacebookShare to Pinterest
Labels: follow your dreams, get what you want. just do it now, remember what you wanted

NaNoWriMo - How to write fast

What helped, what went sideways, and what I learned that I can use every day.

1)   Warm-up – I had written four hours a day for the six weeks prior to November 1. Although it was non-fiction I was writing, the habit of sitting down in the morning and again after lunch served me well during NaNo.


3)   As I stated in my thoughts after day 1, I had characters and a rough plan when I started page 1.


4)   I have finally killed off my Miss Purdy (critic) and was able to write fluently without worry about it was good, bad, or even useful. I simply focused and wrote.


5)   Being a fast typist probably helped as well. Plus, this is my sixth book. I’ve been here before.


6)   Knowing my buddies were rooting for me gave me courage.

1)   My title was Uncle Lem Fakes a Wife. First off, Sam Logan butted in and took over the narrative.


2)   Secondly Uncle Lem did not cooperate. He kept hiding from me. He does appear as a secondary character in the first four books in the series. Apparently, he doesn’t want his own book.


3)   In the end, Mary Morrison (who was to be the fake wife) stepped into the lead role. After that, things went more smoothly.


4)   My killer didn’t like her character sketch and operated in ways that didn’t fit it.


5)   If my crooked fingers type wrong, the program underlines and I can fix. Don’t look. Just type.

1)   Habits are essential for high production. Write every day to keep in ‘writing shape’.


2)   Be brave and if needed shift protagonists (or anything else) mid-stream BUT KEEP GOING.


3)   Writing without a resident critic is so much more fun. Need to keep her locked up.


4)   If not sure what to type in the beginning each day, read the previous two or three paragraphs, type AND THEN and write down whatever comes to mind.


5)   Let the characters act how they want and change the character sketches later to back up their behavior.


6)   Planning is good, (I always plan) but sometimes pants-tering is just as good and occasionally more enlightening. DO BOTH.


7)   Once I have my Draft Zero written, my boys in the basement start to feed me what I need to alter, add, and delete to make a decent next Draft.

Will I do NaNoWriMo again?

I’ll see.
But I know that I can write a useable draft in fifteen days if I want to.


That knowledge alone was worth the effort.
My question in Week 2: Can I keep the pace?


Damn right I can.

My advice to you if you want to give it a try.

NaNoWriMo Who is the Point of View Character?


Help. My POV is all over the map.

'Point of View' is a critical element of keeping your story tight, relevant and readable.


Sounds good. But my thinker is telling me there is a problem.

So far, my story has evolved with three main points of view and three secondary ones. The story isn’t about the character I’d thought would be my protagonist. Uncle Lem (the original protagonist) isn't getting a word in edge-ways.

It’s not that I’m writing in omniscient POV. It’s that the characters keep showing up, sitting in a chair in front of me, and telling the story as they see it.


I know that this first draft is simply telling the story to myself. And that much will need ‘fixing’ when I’m finished this and get to draft #2.

But this parade of people is crazy. Or is it?

The good part is that each character has great information and all I have to do is record it.

Maybe my brain is revealing a new way for me to write a first draft.


What will happen if I work with it as it is? What if I do let each character tell me what they think is going on? After all, this first draft is not carved in stone.

First drafts are meant to be fluid, malleable, and re-written. It’s important to remember that.

My decision.
I need to go with the flow and let the characters and story come out no matter what.

This is not the time to get all ‘author-y’ and try to pound the story into the mold I originally had in mind.


However, if things continue the way they started, I’m going to need a new title. Uncle Lem Fakes a Wife is not going to work if Uncle Lem isn’t even in the bloody book.

Okay folks, I am going with the solution. I’m off to interview my cast of characters.
Happy writing, fellow NaNo-ers.