Be careful what you do in life for your past may come back to haunt you.
When it happens to Devon Ritcey she returns home hoping to do damage control. Coming face to face with an ex-lover-ex-cop turned recluse compromises her plans and confuses her emotions. Will her past get in the way of her future?
After a near death encounter on the job, Gregory Cunningham is recovering in the only real home he’s ever had – his aunt’s house in Caleb Cove. A year of self-imposed solitude gave him time to think, and he now doubts the validity of his career in law enforcement. He is done with corpses, crimes and lies. Devon’s presence ignites desires that have Greg questioning more than his career.


When the hurricane passes, Greg is once again faced with a corpse and against his will is drawn into an investigation. Devon is his only helper, and as they work together, memories connect them even as old secrets threaten to drive them apart. As they race to uncover the truth, can they learn to trust each other and overcome the past?
Posted by MahrieGReid.com No comments:
Email ThisBlogThis!Share to TwitterShare to FacebookShare to Pinterest


Posted by MahrieGReid.com No comments:
Email ThisBlogThis!Share to TwitterShare to FacebookShare to Pinterest

Whew - my first mystery romance novel hit the market today. It's exciting and a wee bit scary, like watching your first born head off to kindergarten or your big boy jumping off the highest diving board for the first time. It may even rival parachuting, but I can't say for sure as I've never jumped out of a plane.

I have the privilege of being the first author highlighted in the Searching For Series and a team of knowledgeable folk stood behind its release. Thanks to them all.

Come on over the view the launch page, read about the story, leave a word or two for me if you like and Please, push the like button if you're so inclined.

Folks, it has been a long journey to this stage in my writing career. Within days, my first mystery novel, Sheldon Harris Came Home Dead, will be available to the public. It is both exhilarating and scary. Putting your "first born" out there is a big step. It is, however, time.

Writing the book was hard. The forms, the legalities and everything else that goes with publishing was both confusing and trying. However with the help and support of Beta Readers, publishing teams and cover artists I made it to the goal line.

Sheldon Harris died to bring this book to life. This is a traditional mystery with clues and multiple suspects, secrets and lies. If you want to know how and why, you will soon be able to read the book and find out.

Watch for the "Searching For..." Series and it's first release:
SHELDON HARRIS CAME HOME DEAD by Mahrie G. Reid


Posted by MahrieGReid.com 2 comments:
Email ThisBlogThis!Share to TwitterShare to FacebookShare to Pinterest

Fifty years ago my friends and I gathered in my living room to watch the Beatles first performance on The Ed Sullivan Show. One girl friend was quite enamoured of them, and I remember her squealing, moaning and falling on the floor. Many in the audience on the TV were doing the same thing. Tears and fainting. Not being a music person (I can't carry a tune in a tin bucket), I thought they were nice, but not worthy of such adoration.

What I remember is that earlier in the day, my friend had told me that if I kept my nylon stockings frozen in an ice block in the freezer, they would be more resistant to runs.  We had put a pair in a container and frozen them to test the theory. (I don't remember the results.)

Fifty years down the road, I don't think the frozen stockings craze has caught on. Actually, I never wear stockings (or pantyhose) so I suppose somewhere out there she may still be freezing hers.

The Beatles on the other had TOOK. Their music is as popular now as ever, and over the years I came to appreciate and enjoy it. I now get nostalgic when I hear it and even though I sing off tune, I sing along to the familiar tunes.

Where were you that night? Did you see their first TV performance? And did you ever freeze your stockings on purpose?


Posted by MahrieGReid.com 1 comment:
Email ThisBlogThis!Share to TwitterShare to FacebookShare to Pinterest
Labels: 50 years ago, memories and frozen stockings, The Beatles 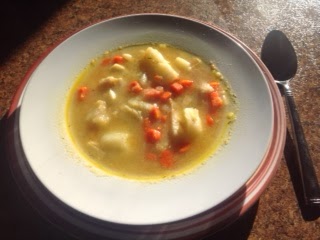 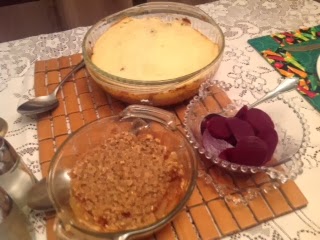