Three Steps to Creating a Contemporary Setting for your Novel

Writers can be inspired by characters or an event, but as the story evolves the characters need a place to live. Setting is a character is it's own right and often dictates direction in the story. Some writers set books in real places. In a large city, this works. However, using a smaller, limited population creates privacy issues and limits events. The solution is to create a fictional community to showcase the story. Caleb's Cove in the Caleb Cove Mystery series is a created community inspired by three real-life geographical locations.

Although a contemporary setting is easier to create than a fantasy world, it's still necessary to define geography, to understand and remember the residents' philosophy and to know who in "town" your characters can trust.

To create your fictional, contemporary world:

First:
Brainstorm what type of community you want.

Second:
Find towns and locations that have your wanted ingredients.


Third:
Create your town, describe it, download pictures and draw a map of the areas in your book.

Accidentally, or at the bidding of  my unconscious, my mystery series is set on an island off Nova Scotia. Additional details and ideas for Caleb's Cove came from Tancook and two other Nova Scotia locations. (For more on Nova Scotia visit: http://www.novascotia.com/explore) 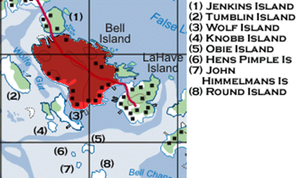 
What is know as Bell island today is actually three older islands that were combined when the road through the LaHave Islands was built. The road now joins Jenkin's Island, LaHave Island and Bell's Island into one large island know collectively as Bell Island.