Write a Mystery - an overview plan

Overview for writing a mystery...

1) INTERVIEW: - the victim, the witness(es), the first person/officer on the scene – Purpose: to develop a theory of what allegedly happened. 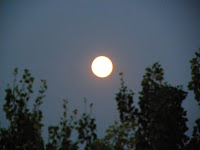 3) PHOTOGRAPH: - to capture overall and specific items of evidence.
Setting: - Where are they? When is it?  What’s the climate, lighting, etc?
Note all physical items in the scene-are they clues or red herrings?

4) SKETCH – ACTION
Choreograph what happens. Who was where, when?
Who did what? How?

Posted by MahrieGReid.com No comments:
Email ThisBlogThis!Share to TwitterShare to FacebookShare to Pinterest
Labels: collecting your plot, designing your world, Overview of information to write a mystery
Newer Posts Older Posts Home
Subscribe to: Posts (Atom)