Why are mystery books different to write?

Do you know why?


Mysteries have their own rules that set them apart for other general novels. It's important to recognize their unique structure. All good fiction should be about change. Even if the change is only that the main character realizes and admits that he will not change.

In general novels, the epiphany that leads to self-discovery or change is usually the climax of the novel. Everything that has gone before in the book leads to change at the end of the book.

In a Mystery Novel, the change comes first, with the murder, and everything flows out of it. Murder changes the orderly flow of civilized events. The sleuth sets out to mend the tear in society's fabric by uncovering, gathering and piecing together information exposing the killer.

At the end of the book, the killer is caught, removed from society and the disruptive change at the beginning is corrected, patched or paid for. Order is restored. Both the characters and the reader can heave a satisfied sigh of relief.

Agatha Christie maintained that murder was not the beginning for the story, it was the end. The history of the people and events that occurred over the years before the murder all came together until 'Zero Hour' when the murder was committed. This concept is well displayed in her novel "Toward Zero."

If you'd like more information about Christie and her books, check out the tab for the workshop, Agatha Christie's Notebooks.

How to find a plot hole in your mystery.

8 basic steps in a murder mystery

I've been writing book 4 in the Caleb Cove Mystery Series. Doing well--I thought - until I reached about 18,000 words and realized. I had solid characters, lots of action, BUT no danger, no suspense, no tension and now where to go that was interesting in terms of a mystery story.
Major missing pieces.  **BIG SIGH**


For the last two nights I watched old mystery series and crocheted, my go-to for keeping front mind busy so underneath can brainstorm. No real progress on the story ( did make 2 hats.)

Return to the drawing board:

This morning I decided to forget my location, action and characters and go back to the basics of a murder plot. In other words, backing up and looking at the big picture which needs to include these for starters.


My brainstorming tool of choice: 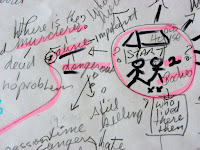 I started with the bodies, asked questions and fanned out around the central point. And bingo, I found my missing link and wrote down a BASIC plot line. (On left of diagram.) The long curvy arrow is the missing link. 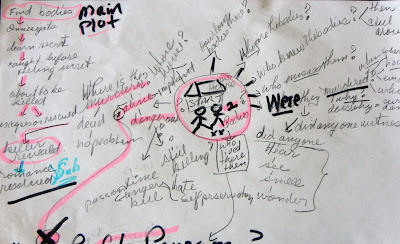 What I found is not visible (x marks the spot) because that would be a spoiler for the book. (Came Home From the Grave -available on most digital sites & paper on Amazon)

The Result: The Plot


4) gets found out by killer before telling secret,


6) escapes OR is rescued or a bit of both


Steps 3 and 4 were the missing pieces.


Now I know where to put all that action and character development and what to add to make things worse, to increase tension, and to enhance the mystery.


What is your go-to tool for solving writing problems - plot, character or other? 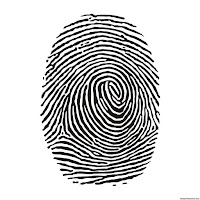