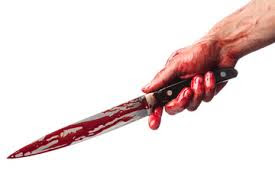 Posted by MahrieGReid.com No comments:
Email ThisBlogThis!Share to TwitterShare to FacebookShare to Pinterest
Labels: dump perfectionism and write more, Preparing for NANOWRIMO 2020

Identity - we all have one - who are you?

We present faces to the world that match our roles: mother, friend, sister, boss. But in truth, who are we? Behind all your faces, who are you? What do you care about? What do you want? What cheers you, what causes you harm, or drives you?

What tag line sums up who you are?

I've thought about those questions. I've searched for answers, direction, and inner peace. In the distant past, I thought I was the only one searching for these answers. Turns out I do not have a monopoly on the questions. Everyone I've met has asked these or similar questions more than once in their lives.

We start as babies with a clean slate. People we meet, the circumstances of our lives, and all the actions we take, inscribe indelibly on the slate that represents who we are. But do we let the writing of others define us? Or do we search out our own identity? Can we learn from our histories?

Each of us is unique and our answers will be ours alone.

I don't pretend to have answers for you. I have found a few for me. However, those answers shift with my mood, my circumstances, and my heart. I continue to redefine. At seventy years old, I know certain truths about myself and have tag lines to match.

In stories, I like a puzzle, struggling characters, and hopeful endings. In my writing, I strive to offer those ingredients to my readers.


For stories, my tag line is:

Stories that set things right.... characters that find their way.


Here’s a life tag line my mother taught by example.

Leave everyone and everything better than you find them.

Small actions, that left things better than she found them. They may seem trivial, but like sands make a beach, small actions make a good life. Her life might have also had this tagline.


When you fall, get up and try again, and never turn down a good laugh. 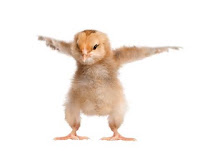 For me, this line helps me stay focused and to make daily decisions.

Using a tag line focuses your intent and purpose for your life (and your books).


Posted by MahrieGReid.com No comments:
Email ThisBlogThis!Share to TwitterShare to FacebookShare to Pinterest

How to organize a workshop presentation

The very first attempt at a video workshop or presentation.
We are finally digital.

Basically, re workshop content, I listed multiple parts of a "book" (see list at end of article) and talked about learning the pieces and then combining them to write a book. That breaking it down, learning parts, and then combining into a whole is one of the most recommended ways to learn a complex subject.

Additionally, we looked at how ARWA members have done just that, and used teaching to learn over 30+ years.

In order to teach to learn, we looked at the following:

1) Pick a topic (specific and narrow)
2) Research the topic and collect points etc you find appropriate.
3) Write down how you would explain what you have learned.

Shape your material into a presentation covering these parameters.


OR in other words:

Tell them what you have told them.

How to give a presentation:
https://www.youtube.com/watch?v=_7TcQPHW-Bw

Learn to teach what you know.
https://www.youtube.com/watch?v=PxPoJhbJ2DM

How to organize a presentation:
https://www.youtube.com/watch?v=4bwDr7WVBwo

Possible topics - whatever you want to learn about writing and the book industry can probably be turned into a workshop because the rest of writers want to know as well.


Posted by MahrieGReid.com No comments:
Email ThisBlogThis!Share to TwitterShare to FacebookShare to Pinterest
Labels: break it down to learn, give a workshop, how to learn the best way, process for putting together a presentation, teach to leawrn

How many times over the years have you heard that? If you're like me - plenty. Imagine my surprise and delight when I learned IT IS NOT TRUE. We have no reason to avoid learning new habits, methods, languages, or life-skills. You can teach an old dog new tricks.


The research and proof

Norman Doidge,M.D.'s first book is The Brain That Changes Itself. This book featured on PBS'S The Brain Fitness Program (Youtube Link here), offers amazing stories about, and strategies for, brain flexibility. A five-star book if there ever was one. If you, or someone you know, has had a stroke, brain injury, or motor difficulties, read this book. It offers hope for recovery.


An astonishing new science called "neuroplasticity" is overthrowing the centuries-old notion that the human brain is immutable. In this revolutionary look at the brain, psychiatrist and psychoanalyst Norman Doidge, M.D., provides an introduction to both the brilliant scientists championing neuroplasticity and the people whose lives they've transformed. From stroke patients learning to speak again to the remarkable case of a woman born with half a brain that rewired itself to work as a whole, The Brain That Changes Itself will permanently alter the way we look at our brains, human nature, and human potential.


Norman Doidge MD is a psychiatrist, psychoanalyst, and the author of The Brain That Changes Itself and The Brain's Way of Healing.


We can learn at any age. The stories in this book will make believers out of doubters. The hope offered to stroke patients, brain-injured, and others is remarkable.


For the rest of us, we can learn about our brains and put them to even better use. Knowing HOW our brains work lets us figure out the ways we can maximize the ways to use our brains.

I like the possibility for writers to create characters with amazing skills. Extrapolate from Doidge's research and who knows how your next character will turn out. My 'what-if' brain is running rampant through the possibilities.


One of the many positive reviews