Do you want to write for a market with 23 million buyers?

Today's guest, BRENDA M. COLLINS, chats about being a member of, and a writer in, this segment of the population.  This Calgary author traveled to many corners of the globe as a speaker, business adviser and technical writer. Now she's  back in Calgary penning mysteries laced with romance and a touch of magic. 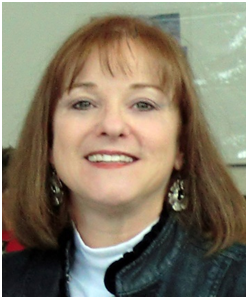 Nothing makes me feel quite as insignificant as knowing I’m one of 23 million Lady Boomers, my label for women born between 1946 and1964.
I showed up towards the end of the swell, so I did benefit from the resources that went into accommodating the bulge in population as it moved through the circle of life; new schools and teachers to address the increased number of youth, and the evolution of the market for fast food, clothing fads, popular music, and cosmetics.

On the downside, by the time I was ready to enter the job market, the front of the wave had flooded the market and unemployment rates were rising. Now, as I trail the rest towards 65, the big fear is that they will eat up all the pension money and I’ll have to work until I’m 75—or until I die. Yet, Boomers are reportedly on track to have higher income in retirement than their parents. Faced with this teeter-totter of my birthright, I’ve decided that, if I must work until I drop, I might as well work at something I love and find a way to make money at it, in which case, I want to embrace my long held dream to be an author.

My passion since the age of twelve has been to write fiction stories. I used to tell myself bedtime stories to fall asleep at night. When I was working a high powered corporate job, I wrote an entire novel while sitting in countless airports to keep from going crazy with boredom. That one’s still under the bed. It wasn’t a very good novel.

There are a couple of challenges with my plan. Everyone, including my mother from the time I was 12, told me that authors don’t make money. That’s why I went to university, got a business degree and pursued a long, successful but tedious career in business management. Secondly, everyone tells me I should write what I know. What do I know about the life of twenty-, thirty- or occasional forty-year-olds who star in all the bestselling novels these days? I am a Lady Boomer grappling with Lady Boomer issues!

Like so many boomer women, breast cancer crashed into my world in the last few years- I lost a dear friend to breast cancer a few years ago; several other close friends were fortunate to survive the same dreadful diagnosis. Driven to ‘DO SOMETHING’, Roxy Boroughs and I published an anthology of short stories on Amazon and donate all our author royalties to the treatment of breast cancer. 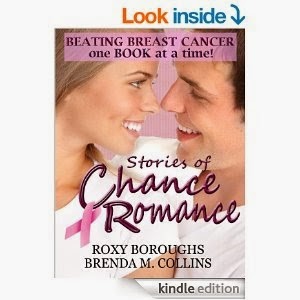 Only one story actually featured the subject of breast cancer and a fifty-something boomer. There was another one about a middle aged woman struggling with the decision to put an aging parent into an assisted living facility against his will. There was the story about the widow who planned to spend her twilight years travelling with her beloved husband after retirement and wasn’t prepared for re-entering the dating scene as a boomer. Holy cow. Our anthology is Boomer Lit.

I’m certainly getting tired of reading from the point-of-view of twenty-something’s, especially when the experiences of these fictional twenty- something’s bears little resemblance to my twenty-something life of three decades ago. The Times They Are A-changin', as Bob Dylan sang (1964)—non-boomers are probably saying, Who?
Wouldn’t it be nice to read about a female protagonist who behaves like me? Thinks like me? Has similar wrinkles on her face and also wears her blouse untucked to hide her meno-pod (aka, wheat belly, muffin top, love handles)?  Hummm, I think with finger on chin, 23 million boomer women….all dealing with the same issues I am….with money to spend….looking for something to read….

If I wrote an age appropriate book, the kind of book I’d like to read, would other lady boomers enjoy it too? A tingle of excitement runs through me. It could be as big as The Golden Girls were on TV.
An idea for a book series suddenly smacks me upside the head—a 50-year-old woman, widowed unexpectedly with no insurance, and kids in university so she’s gotta make money any way she can.

If V I Warshawski could do it, why can’t she? My heroine will become A Boomer Private Detective. A Golden Dick. Okay, maybe that isn’t a great job title, but this is still a work in progress. 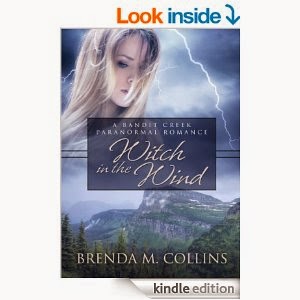 Brenda M. Collins writes cozy mysteries laced with romance and a special kind of magic, including The Holly & The Ivy (A Frost Family Christmas) and Witch in the Wind. All authors’ profits from the sale of Stories of Chance Romance, another sweet romance anthology written with Roxy Boroughs, are donated to advance the treatment of breast cancer. Brenda is a recognized speaker and much quoted expert on business issues for writers, an award-winning technical writer, and has been published in numerous industry trade publications, such as Writers Market.