Facing the first page of your novel - have no fear

Many articles talk about writers facing a blank page with fear. I suppose the idea is to let us know we all face hurdles when we write.

There is a meme about Humpty dumpty. It’s a title over a crashed Humpty that reads: What if Humpty dumpty were pushed? 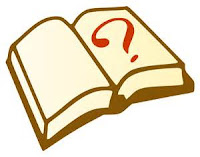 What if the fear of starting a new book is a myth?

What if that first word is not fearful, but exciting to write?

First, to face the blank page without fear, warm up. Athletes warm up before races or sports matches. Writers can warm-up before starting the first draft.

Free-fall writing is warm-up for writers.


Backed up by a collection of brainstormed ideas, I find starting the first draft easier. I dig into my scribblings and diagrams for details, character traits, and the goal of the protagonist. Therefore, the first draft becomes a re-organizing of what I have freely and joyously set down in previous warm-up writings.

Second, remember that first word or sentence is ‘just for now.’ That which you can change, need not be feared.

Third, rename that surge of adrenalin. The physiology of fear and excitement is the same.

Retrain your brain to help you. When those first words are on the page, celebrate, punch the air, and congratulate your brain as you WRITE ON.
Posted by MahrieGReid.com
Email ThisBlogThis!Share to TwitterShare to FacebookShare to Pinterest
Labels: have no fear of starting a book; how to start writing your book; Warm-up before you start you book writing.