An author's world with Laurel Heidtman aka Lolli Powell


Kentucky based author Laurel Heidtman joins us today for some Q. and A. and a glimpse into a writer's life.


A. I write mysteries under the name Laurel Heidtman and romances under the name Lolli Powell. I live with my husband, four dogs and two cats on private land surrounded by Daniel Boone National Forest in Kentucky. Over the years, I've paid the bills by being a dancer, a bartender, a police officer, a registered nurse and atechnical writer. I draw on that life experience and my two English degrees to createstories that I enjoy writing and hope readers will enjoy reading. 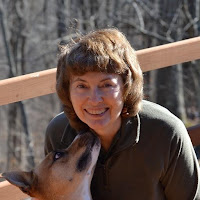 Q: How many books have you written?


A: I’ve written and published two mysteries under the Laurel Heidtman name and two romances under the Lolli Powell name. One of the romances, The Wrong Kind of Man, is a romantic suspense so it crosses the genre line with some bad guys, action, murder, and a little something else I’m not going to say. I’ve also got another book that I wrote back in the nineties, but haven’t yet published. One of these days I’ll get it out, clean it up, and put it out there!

Q: Reviews are helpful (usually) to authors and readers. Do you read your reviews? Do you respond to them, good or bad? Do you have any advice how to deal with the bad?


A: I read every review, but I don’t respond to them. I think readers leave reviews for
other readers. By reading a review, an author can learn a lot about how readers are
receiving their books, but I don’t think they should respond in any way.

However, if a reader contacts me directly via my two websites’ contact email, then I
certainly respond. I’ve thanked the people who told me they enjoyed my books, but I
also answer—politely—anyone who says they don’t care for them. For example, I
received an email from one person whose niece bought her a paperback of Catch A
Falling Star at an author panel. She was offended by the vulgar language of some
characters in the first chapter and wrote to tell me she’d thrown the book in the trash. I
responded in a polite manner and told her I was sorry she was bothered by the
language and that I only put it in the mouths of the characters who would talk that way
in real life. Since then, I’ve made a point of warning anyone who buys a paperback of
my mysteries at a live event about the language, and so far it hasn’t stopped anyone
else from buying a copy.


As far as advice on how to deal with bad reviews, all I can say is try not to let it get to you. Not everyone is going to like what you write. Most people won’t say anything if they can’t say something good, but a few will. Read the bad reviews with an open mind. The writer may have a valid complaint that will help you improve your writing in the future.

Others are just “haters,” as a writer I know puts it. All you can do is ignore those. For example, I have a one-star review on Amazon from a woman who got a free copy of my book through LibraryThing. I sent the free ebook copies out on a Saturday and on Sunday—the very next day, she wrote a one-star review calling it “one of the worst books of 2014” and complaining she struggled to get through it. Considering she’d had the book no more than a day, I’m betting she didn’t even read it, or at least didn’t read much of it. The only thing to do is ignore a review like that.

Q: What are you working on now? What is your next project?


A: I’m actually working on two books now. Once before I worked on a mystery and a
romance at the same time. If I bogged down in one, I could take a break and work on
the other and it kept me fresh. I’m about a third of the way through Runaway Angel, the
first book in a romance series that begins in the sixties, and have three chapters of a
thriller titled Whiteout. I hope to release Whiteout by the end of this year or the
beginning of next year, but I’m going to hold Runaway Angel back until I have at least
one more in the series ready to go.


I’m also hashing out an idea for yet another romance series and another book in the Eden mystery series, but I won’t start either of those until I have at least one of my
current ones done. Two books at a time—yes, but more than that? Don't think so! I
value my sanity too much!

Q. Have you ever gotten into a bar fight?


A. No. I’ve only attended them as a spectator.


Both books are only available for sale through Amazon or CreateSpace. The ebooks are available through Unlimited and KOLL as well.

Cal Becker, the former Chicago cop turned insurance investigator
readers first met in Catch A Falling Star, is back in Eden—and he’s brought his eighteen-year-old niece with him. Marnie Becker is a troubled young woman with an alcoholic mother and drinking problems of her own. When Cal offers to pay her way through Raven University and move to Eden with her, she jumps at the chance to change her life. But on the day of their arrival, she disappears.

It wouldn’t be the first time she ran away when the going got tough. Has she done so again rather than face the challenges of her new life or has something happened to her? Cal has hopes for a new life for himself in Eden, and when Marnie goes missing, he doesn’t know whether to be worried or angry. But when the beaten body of a young girl is found in Daniel Boone National Forest, he fears his worst nightmare has become reality—or has his worst nightmare only begun?

At thirty years of age, Maggie Fields has had her fill of “bad” men. Unbeknownst to her, her investment counselor husband had paid for their luxurious Denver lifestyle by scamming his law-abiding clients and laundering money for his law-breaking ones. He lasted two nights in jail before a client who didn’t trust him to keep his mouth shut had him silenced permanently.

Maggie fled to her hometown of Vichy, Indiana, and safe haven with her grandparents. Now all she wants is a quiet life as a reporter for a small town newspaper. That quiet is shattered when her ne’er-do-well uncle shows up on her retired doctor grandfather’s doorstep with a wounded and very sexy friend. Did the friend really injure his shoulder while changing a tire, or is he the man shot by the homeowner during an attempted burglary of a house just outside of town?

Maggie soon has reason to believe the homeowner is not an innocent victim, leading her to wonder if her uncle and his friend are involved in organized crime. But in spite of her suspicions, Maggie finds herself drawn to the wounded stranger and realizes the bad experience with her husband hasn’t dulled her taste for the wrong kind of man!