My life has been busy, crazy, varied, sad and happy. Generally, I have no regrets because what I lived through made me who I am today, and I'm okay with that.

And no, not of the alcoholic variety. This book, whose subtitle is The Nova Scotia Banana Fleet in Run Rummer Heaven, details many of the acts and events of the rum runners from Rosebay and Riverport on Nova Scotia's South Shore. Reading it, preparing to write a book set in that area during those years, I wish I had asked more questions earlier in my life.

Many of the ships and their captains came from Riverport. The crews came from surrounding areas, many of them arriving home from the war to find fishing no longer lucrative. Rum running offered another chance at excitement as well as money.


Much of the booze came from St. Pierre and Miquelon, the French Islands off the coast of Newfoundland. It consisted of whiskey from Scotland, wine and champagne from France and beer from Germany. After running such a load down the Rum Coast of the United States, the ships often went on to Barbados where they did pick up rum, or the makings of rum, and dropped it off on the return trip. It was dangerous and hard work.


My regret is that, as a young woman, I knew some of the rum runners and their families. (I married into one of them.) I visited Riverport more than once, and both the families who came from there, and these stories are part of my children's heritage. And I never asked the "old timers" about it. Of course, they might not have told me. 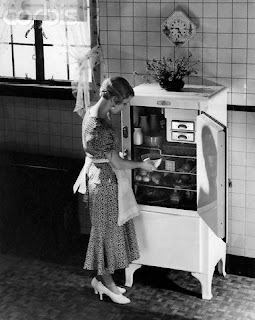 But what I regret the most is not talking to the women. There are records of the ships and the men, but little is said of the wives and sweethearts. Lots of pictures of flappers, stories of the suffrage movement, and tidbits of life can be gleaned if you look hard enough. But what about the individuals and their fears, tasks, hopes and more. Maybe out there is a book where the author interviewed the women, but I have yet to find it. (Still looking.) However, with stories, if we know a person, we value their story even more.

What to do about your family history.


When we are young we are interested in our lives going forward. It is only later in life we appreciate those that came before. How will our children and grandchildren think about us? What will they marvel at about our lives? Are we leaving stories for them to read? Are we retelling the family legends/stories or our parents? If you are a baby boomer you are the link between two amazing generations and of course your own. We cannot always go back but we can record NOW for the future.

...is for you to write down your stories. Find old pictures and write what was happening on that day, with those people, at the point in time. Include all the details, even those mundane ones you have almost forgotten. One day in the not too distant future, other generations will look back and be happy you did so. 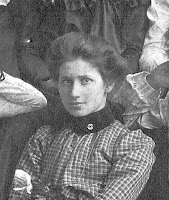 
Born Lena Harriet Marshall on January 31, 1874, she lived in Westville, Nova Scotia. Her father, Sam Marshall, was principal at the high school and she had numerous brothers and sisters. (I think 11 in the family but not sure.) The photo is from a class picture taken when she was at the Pictou Academy for Young Women in Pictou. She traveled to classes on the local rail line.