Do you go in caves?


Underground, over the waves, or along the trail - visit 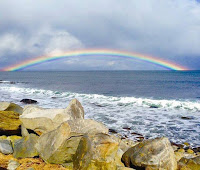 The Atlantic coast line offers a multitude of shops, restaurants, sightseeing locations and beaches for visitors and locals alike. They inspired my layout and buildings for Caleb's Cove--the setting of my first series--The Caleb Cove Mysteries. Whether you are a spelunker, a cycle fan, or a water baby, there is something for you.

Caves, islands and beaches line the shores of Nova Scotia and the South Shore has an abundance of all three. Tancook Island, featured in last week's blog in one of the islands. Below are two of the attractions that portrait the feeling and history of the area. Whether you want to go under ground or over the waves, this area offers something for all. If you want a more leisurely tour, try one of the several bike routes available. 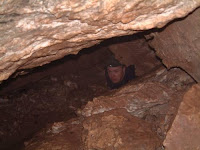 "One of Nova Scotia's most interesting geological features, long known to local area teenagers, lies hidden in the gypsum cliffs of South Maitland: Hayes Cave. Hayes Cave is one of only two known caves Kris and I could find any information on, but what a doozy!"

"Exploring Hayes Cave made me wish there were more interesting places like this in the province-- off the beaten path. It helps to remind me that there is still plenty to see in Nova Scotia if you're willing to get dirty."

The sea is a power beyond the comprehension of many. Over the decades the Atlantic ocean has carved caves into the cliffs at Riverport, Nova Scotia. Take the tour and experience the
roar of the ocean and the power of waves.

Stop along your way and browse for gifts for friends and memorable items for home. Stroll through the antique shops and stop for tea or ice cream in one of the shops. Chester and Mahone Bay offer a great selection of antique, art and gift stores.

The Village Emporium gift shop is located at the corner of Queen & Pleasant Streets in the seaside village of Chester, Nova Scotia. Surrounded by an eclectic variety of local businesses, breathtaking scenery and friendly residents, we are proud to be a member of this thriving community. 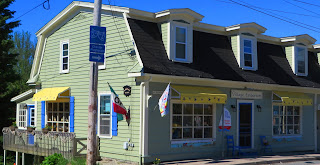 (FYI - You can buy my Caleb Cove Mystery books here.) 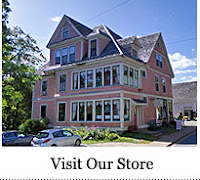 This Nova Scotia outlet is one that I've liked for over three decades. Their items represent cottage industries and local crafts. Their story is inspirational. Check them out by clicking on their name above.

Start in historic Riverport, settled in the 1600's. Sail the ocean, search for whales and get a taste of salt air. Captain Tom Drake and crew are ready to take you sailing.

"The "Sea 'U' Rattley" is a 43' Coastal Fishing Vessel, which was launched in September 1996. The vessel is equipped with state of the art communications, navigational and safety equipment which has been government inspected and approved. (Quoted from the Creaser's Cove Boat Tour Web site found by clinking on the name.)" 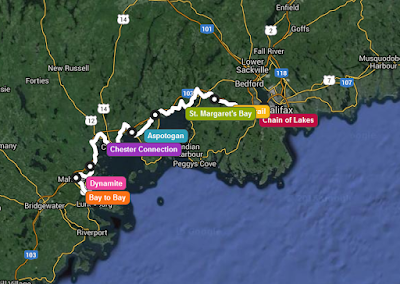 Find all you need to know at http://rumrunnerstrail.ca/

WHAT'S YOUR CHOICE? Or would you like to try it all?

Posted by MahrieGReid.com No comments: