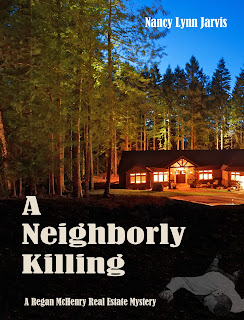 Yelling, howling and gunshots produce a dead neighbor in their back yard and the story is off and running. I enjoyed these characters, and the read, through a moderately paced mystery. Complications are several and led me in reasonable “red herring” directions. The outcome had a logical twist and left me, as a reader, satisfied. (Partly because I worked in real estate in the past.) 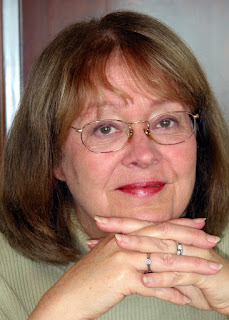 Nancy Lynn Jarvis finally acknowledged she was having too much fun writing to ever sell another house, so she let her license lapse in May of 2013, after her twenty-fifth anniversary in real estate.
After earning a BA in behavioral science from San Jose State University, she worked in the advertising department of the San Jose Mercury News. A move to Santa Cruz meant a new job as a librarian and later a stint as the business manager for Shakespeare/Santa Cruz at UCSC.
Nancy’s philosophy is that you should try something radically different every few years. Writing is her latest adventure. She invites you to take a peek into the real estate world through the stories that form the backdrop of her Regan McHenry mysteries. The murders are made up, but the real estate details and ideas come from her own experiences.
To keep her writing fresh, she is working on a new series called Geezers With Tools (double entendre intended) about two retired men who start a handyman business, one because he is recently widowed and needs a way to fill his time, and the other because he’s a player who thinks it will be a good way to meet women.