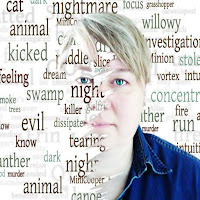 She writes the fast paced Intuition series that takes us from Minnesota to Canada's mid west city of Winnipeg and on a crazy crime spree across states. Three elements make this story memorable: a smart police office, an intuitive girlfriend and a deliciously dastardly criminal. All that plus quirky, helpful animals.


Makenzi Fisk grew up in a small town in Northwestern Ontario. She spent much of her youth outdoors, surrounded by the rugged landscape of the Canadian Shield. Moving west, she became a police officer with patrol, communications and forensic experience before transitioning to graphic design. She now works for herself.

Q & A with Makenzi


Is this your first book? How many books have you written prior
Fatal Intuition is my fourth book, and the third in my current Intuition Series. My first book, Siren, was a rookie police story that my publisher tried to turn into a lesbian romance. It was awkward, to say the least. I finally self-published, but it is currently out of print. I don’t regret it because I learned so much, and I think the whole experience made me a better writer.

Is there a certain type of scene that's harder for you to write than others? Love? Action? Racy?
As I learned when working with an editor on my first book, romances are hardest for me. When I write anything beyond a kiss or hug, I squirm. Not so much because I’m shying away, but because what I’ve written sounds so absolutely ridiculous that I can’t take it seriously. Have you ever honestly listened to what people say during intimate moments? It sounds bizarre and kind of hysterical out of context. Hysterical love scenes are not hot, as far as I’m concerned.

What secret talents do you have?
I never realized before recently that I am not just a good speller, I am a constant speller. Sometimes I spell what I hear as someone is speaking. If I catch a brand new juicy word, I have to stop and spell that sucker in my head so I can file it away for later. I can spell entire sentences in rapid-fire sequence and thought everyone else could too. Apparently not, but at least one of my sisters also does this, so I have company in spelling heaven.

What is your biggest fear?
Especially with all the media hysteria these days, I am truly afraid of U.S. politics. Really. Little hairs prickling on the back of my neck kind of scared. Terrified of what the future might bring if human rights and common sense continue to be trampled. And ghosts. I am afraid of ghosts.

Learn more about Makenzi Fisk and her stories at:
Website: makenzifisk.com
Posted by MahrieGReid.com