Laws are put on the books for various reasons. Many are now outdated but are so obscure they remain in effect. Others are newer but may be broken on a regular basis because no one knows they exist.

The following list is found in the book: You Can't Do that in Canada by Bev Spencer
Check out the book for more crazy laws, past and present. 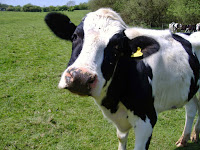 1) You are not allowed to keep a cow in your house in St. John's, Newfoundland. It's also illegal to drive cattle through the streets of St. John after 8 a.m. 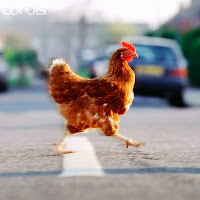 2) It is against the law in Nova Scotia to display, sell or give an artificially colored chick, under the Baby Chick Protection Act. Fines are up to $100 or a stint in jail.

2 - a) It may still be illegal in Dartmouth to let a chicken cross the road.

3) It is illegal to wear a snake in public in Fredericton, New Brunswick. A pet lizard on your shoulder is also prohibited.


4) In Prince Edward Island (and the rest of Canada) the criminal code allows for a two year penalty for "offending a public space with a bad smell."  Don't eat beans and then get on an elevator folks.

5) In Montreal it is illegal to wash you car in the street. In the province of Quebec, the government can object to a baby's legal name--both first and last.

6) In Ontario if you drive so slowly on the highways that you block the reasonable movement of traffic, unless safety requires it, you can be fined. They enforce this one. My friend was driving at 30 mph (before kilometers) on the main highway through Ottawa back in 1967. At 17 years old she was a new and nervous driver in the fast moving traffic. Apparently, nervousness is not a safety issue. She got a ticket.

7) In Thompson, Manitoba, it is illegal to live in a truck, bus, rail-car or street car. I wonder how they feel about those "living in small placed" renos that start with one of those vehicles?

8) In Saskatchewan don't go hunting in you navy sweat suit. All outer clothing, including a hat, must be a blindingly bright scarlet, yellow, orange or white or a combo. PS Don't ride your skate board in downtown Saskatoon or the police may confiscate it and put it in impound.

9) In Alberta, you are not allowed to use a flashlight when hunting. That one makes sense. However, not being allowed to paint your wooden ladder is confusing. 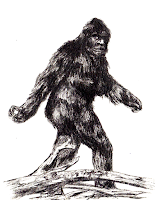 10) An old law in British Columbia reportedly made it illegal to kill a Sasquatch. It is also illegal in Victoria, BC, to dress as an inanimate object and stand on the sidewalk and wave to people to advertise.

And anywhere in Canada you can face up to 2 years in jail for dueling, inciting or challenging another person to a duel.

What crazy laws are there in your home town or area?