How many crafters in Nova Scotia?

A RETURN TO CRAFTS


In October 2013 I spent a month back in my home Province of Nova Scotia. I wanted to acquaint my husband with the province and the locations where I'd grown up. I also did research for my Caleb Cove Mystery Series which has its fictional location on the South Shore near the LaHave Islands.

The numbers of crafters and craft shops surprised me. Nova Scotians have always been "crafty" from painting to quilts, jewelery to pottery and more recently, micro-distilleries.  Although you can find many shops just by driving the off-highway roads, there are some you don't want to miss.

Today I'm highlighting two craft based businesses. One is older, having been around for 40 years. The other is newer (5 years) and indicates the progressive nature of entrepreneurs in Nova Scotia.

Enjoy an online tour of these outlets and when you make your trip to Nova Scotia be sure to look them up. Be sure to check back next week when I highlight some smaller entrepreneurial Nova Scotia businesses.


One of the first was Suttles and Seawinds in Mahone Bay. Here's how they started.


"Forty years ago Vicki Lynn Bardon, a Nova Scotia designer, returned home from New York after studying design and working for American Home magazine. She and her husband Gary helped initiate the international revival of quilt making by founding Suttles & Seawinds to provide employment for rural woman. Initially the products were quilts and related home decor items such as placemats, runners, pillows, etc., but gradually a line of clothing was created using techniques such as piecing, appliqué and quilting. Many articles appeared nationally and in the international press as Suttles & Seawinds quilts and clothing were promoted in art galleries and seen in prestigious stores such as Saks Fifth Avenue and Bloomingdales, and many fine stores across Canada."


Do you know the meaning of the word Suttles?  You can find out on the Suttles and Seawinds website.

A newer outlet we visited was the Ironworks Distillery in Lunenburg.

This first micro-brewery in Nova Scotia was founded in 2009 by Pierre Guvermont and Lynne MacKay. Read about their quest for a simplier life and the success they found by the sea in the UNESCO World Heritage site of Lunenburg.Here's an excerpt from their website that explains the history of the building now housing their brewery. 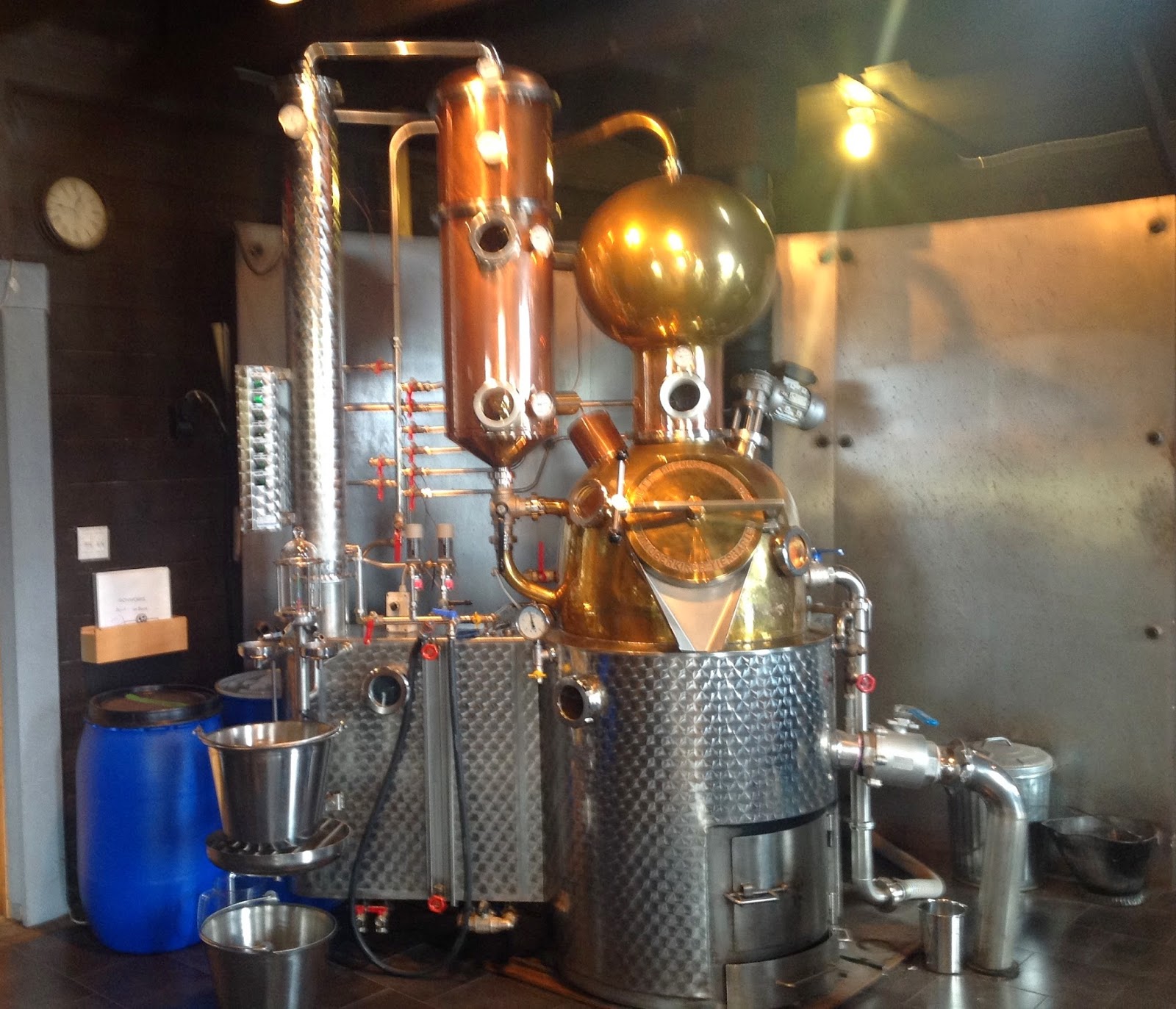 "We walked intoThe Blacksmith’s Shop in Lunenburg and immediately knew we’d found our spot. In this workshop at the corner of Montague and Kempt streets, a marine blacksmith by the name of Thomas Walters produced ironworks for shipbuilders all along the South Shore. Sweating in the heat from two coal-fired forges, Walters and his apprentices crafted anchors and chains, fairleads and ferrules, clevises and gaffs, windlasses and fiddleys – anything remotely nautical that could be maneuvered onto an anvil and hammered into shape. The blacksmith’s shop produced hardware for both Bluenose schooners as well as a Hollywood version of HMS Bounty (the one that boasted Brando as chief mutineer). Best of all, it provided an apt and (we hope) memorable name for our new venture."

One of the central sources for finding craft outlets in Nova Scotia, this facility is located in the waterfront properties in Halifax Harbour.  Founded in 1991, it promotes crafts and crafters in all areas around Nova Scotia.

You can find and order a complete guide to crafts in Nova Scotia at this link. The Guide

This is similar to the loom my grandmother brought from Scotland and used to make wool blankets. I am lucky to still have one of her hand woven covers.


Do you have a favorite craft? Or do you remember your parents or grandparents having an "old fashioned" craft?
Posted by MahrieGReid.com