What to write for the boomer market?

A huge market? You bet. What genres, protagonists and settings are they looking for? I'm pleased to host writers in this market who know what their readers like. 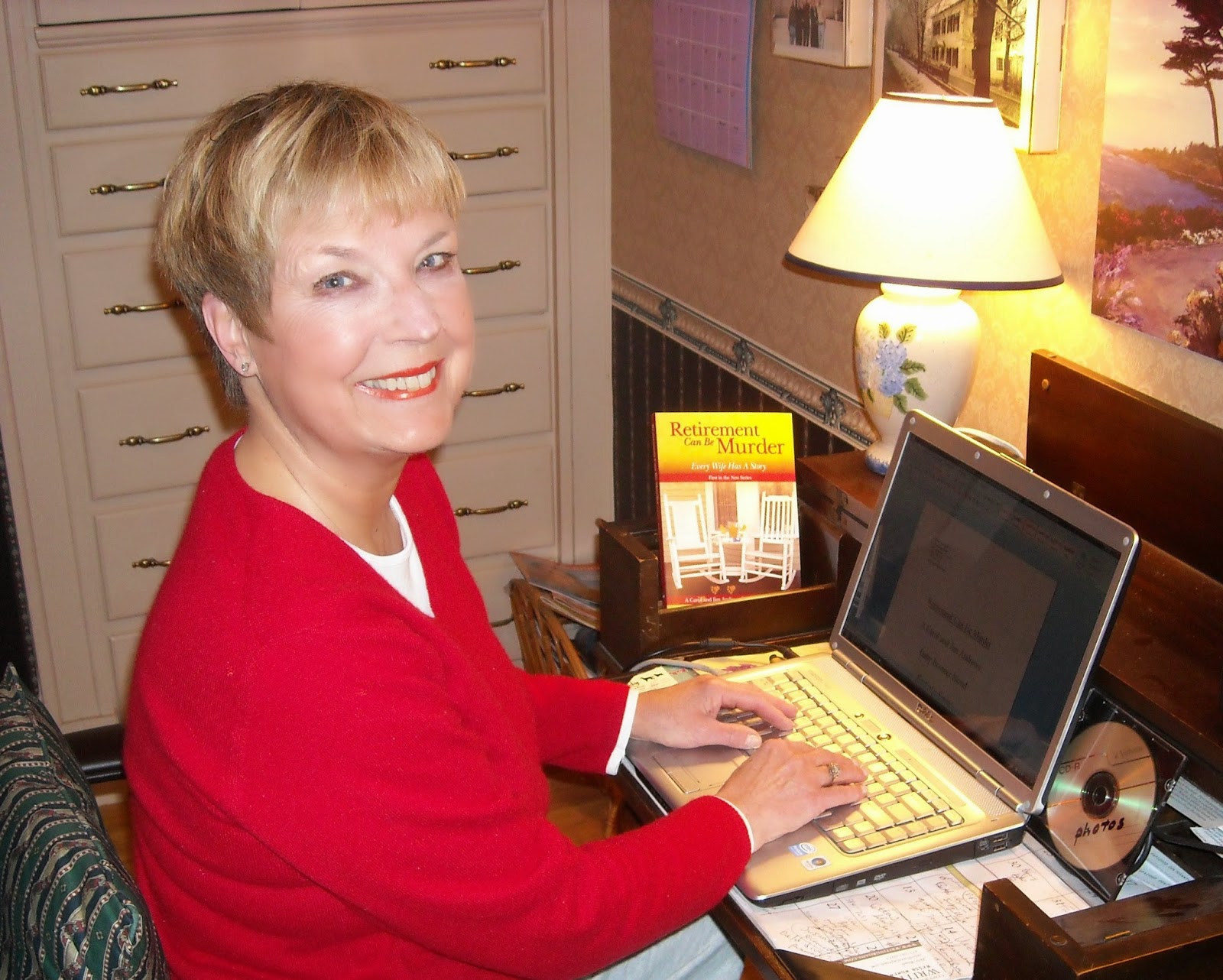 I’m Writing What I Know Best!


I’m frequently asked at book talks, “Why do you write a Baby Boomer mystery series?” My answer is, “Why not?” There are 78.2 million Baby Boomers in the United States, according to the latest census figures. And many “senior” Boomers, myself included, are starting to hit the magic age of 65. There’s so much written about the financial piece of growing older – taking care of your IRAs, 401Ks, etc. – but nobody seemed to be taking a look at the emotional piece. By that I mean, how do couples who have been married for years, raised a family, and been leading fairly independent lives, now cope with the fact that the husband and the wife are no longer going out to a 9 – 5 job every day? Instead, they often get into each other’s way as they struggle to re-define their roles. Of course, nothing like that ever happens in my house! (smile.)

I’ve always loved the mystery genre. I was hooked on Nancy Drew books when I was a child, then I graduated to Agatha Christie, and I’ve just keep on going. I love what is traditionally called the cozy – no blood and gore for me. I like to be entertained. And, especially, I like to laugh!

I was diagnosed with breast cancer years ago, and that was a real wakeup call for me. I’ve been a freelance writer, editor and drama critic for years. I’ve also had my own P. R. company and done special events for a variety of clients, including Carnegie Hall. Writing press releases, articles, brochures – I did it all. But I’d always wanted to write a mystery. After the cancer diagnosis (I’m fine now!) I thought, why wait? Who knows what other curve balls life might have in store for me

The original idea of the series was that my husband and I would do it together. He’s been writing non-fiction professionally for years. But it didn’t work out that way.

The series deals with typical Boomers Carol and Jim Andrews as they navigate the rocky way toward their golden years. In the first book, Retirement Can Be Murder, released in April 2009, Carol dreads Jim’s upcoming retirement more than a root canal without Novocain. She can’t imagine anything worse than an at-home husband with time on his hands and nothing to fill it, except interfering in the day-to-day activities and driving her crazy. Until Jim is suspected of murdering his retirement coach. The second one in the series, Moving Can Be Murder, was released May 1 2011. This one deals with Carol and Jim selling the family home and downsizing, with one dead body thrown in to keep things interesting. Book 3 in the series, Marriage Can Be Murder, includes a destination wedding on Nantucket, and was released in July 2012.

Book 4 in the series, Class Reunions Can Be Murder, was released in July 2013. Funerals Can Be Murder will be released by Suspense Publishing in October. 2014. There a total of 10 books planned for the series.

Susan's books are available on her web site: www.babyboomermysteries.com

My books are written in the first person, so many people think I’m Carol. I’ve even been introduced at book talks as Carol! We’re both sarcastic and like to be in charge. We value our family and our close women friends. Oh, one more thing – we both love English cocker spaniels. There are two English cockers in the books, Lucy and Ethel.

My characters have become my best friends. The more I write about them, the more I want to write about them. And I have a sneaky suspicion that when I’m not keeping an eye on them, they get into trouble. Or, maybe it’s the other way around?

The subhead for each book title is, “Every wife has a story.” The more women I connect with, either at book talks or via the Internet, the more I realize how true that is!

The books are available on Amazon and a number of independent book stores, as well as on Kindle. The first two titles are also available on Nook.

Thanks for the opportunity to make some new cyber friends. I always love to hear from readers. I can be found on Facebook and reached at ssantangelo@aol.com

An early member of the Baby Boomer generation, Susan Santangelo has been a feature writer, drama critic and editor for daily and weekly newspapers in the New York metropolitan area, including a stint at Cosmopolitan magazine. A seasoned public relations and marketing professional, she has designed and managed not-for-profit events and programs for over 25 years, and was principal of her own public relations firm, Events Unlimited, in Princeton NJ for ten years. She also served as Director of Special Events and Volunteers for Carnegie Hall during the Hall's 1990-1991 Centennial Season.

Susan divides her time between Cape Cod MA and the Connecticut shoreline. She is a member of Sisters in Crime and the Cape Cod Writers Center, and shares her life with her husband Joe and one very spoiled English cocker spaniel, Boomer, who also serves as the model for the books’ covers.

A portion of the sales from the Baby Boomer Mysteries is donated to the Breast Cancer Survival Center, a non-profit organization based in Connecticut which Susan founded in 1999 after being diagnosed with cancer herself.